“For many years, Kristine upheld the quality of religious programming on the BBC World Service almost single-handedly.

"Having worked with Kristine in India and the UK, I equally value her expertise as a programme maker and her deep understanding of the world’s religions and the spiritual dimension of life.”

As a Religion and Ethics journalist and radio producer, I have worked with different Christian denominations as well as Jewish and Muslim communities, Sikhs, Hindus, Buddhists, Jains and others for over 20 years.

﻿People who have appeared on my programmes range from the Dalai Lama to Muslim Olympic gold medallist Mo Farah.

I have interviewed Christian former child soldiers in Uganda and Sikh survivors of the storming of the Golden Temple in Amritsar, among many others. Some of my programmes are here. 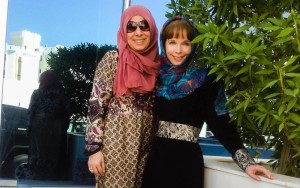 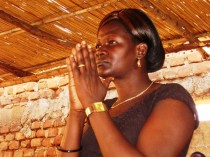 Working closely with people of different faiths and cultures - in the UK and around 20 other countries - has been one of the most fulfilling aspects of my career.

All my audio production, training, and career coaching is culturally versatile and sensitive, making me the ideal choice for people who care about the spiritual and religious dimension of life, and for churches and other faith communities. 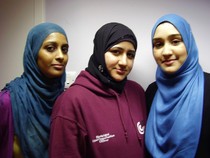 I am a member of the International Association of Religion Journalists.

Dip into some of the hundreds of programmes I have produced. ﻿