The pictures on this page are from some recent award ceremonies - with huge thanks to all colleagues and contributors who made those programmes the winners they were!

Below, we were "Highly Commended" at the AIB Awards in November 2019 for After Suicide, a documentary for the BBC World Service exploring how those left behind navigate the "complicated grief" that occurs when someone takes their own life. With presenter Mark Dowd and producer Caroline Donne - I was the creator and editor of this programme. Huge thanks also to researcher Saba Zaman. 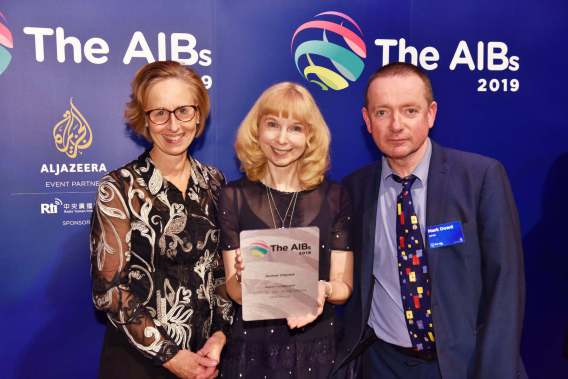 Below, winner of the Long Form Radio Award at the last ever Jerusalem Awards in October 2018, for The Right Thing: Bringing Peace in South Sudan, the story of Daniel Deng Abot, who left Sudan as a child refugee and later returned as a bishop and peacemaker. With presenter Mike Wooldridge, researcher Saba Zaman and sound engineer Paul Arnold. 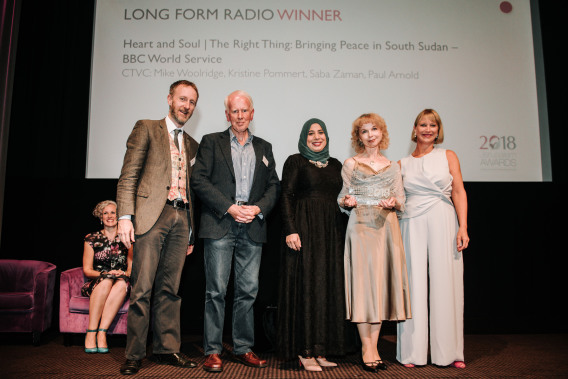 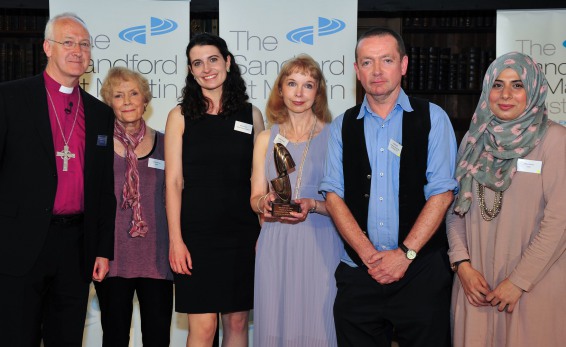 Receiving the Sandford St Martin Interview of the Year award in June 2016, for a Good Friday podcast featuring Diane Foley, the mother of the first Western hostage to be publicly killed by IS. The presenter was Mark Dowd and the researcher Saba Zaman. Image by Caroline Field. 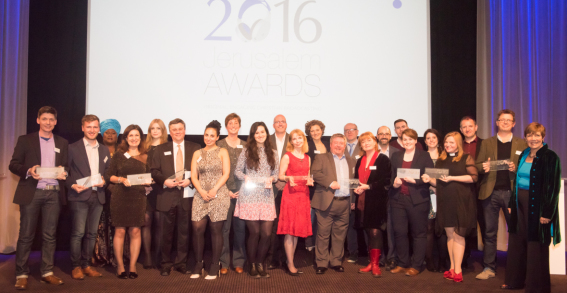 Up on the stage at Bafta with the other winners at the Jerusalem Awards 2016, where we won the Digital Audio category with The Word: Katharine Welby-Roberts. In this podcast, the daughter of the Archbishop of Canterbury talks candidly about her struggles with mental illness. The presenter was Alison Hilliard. Image by Jerusalem Awards. 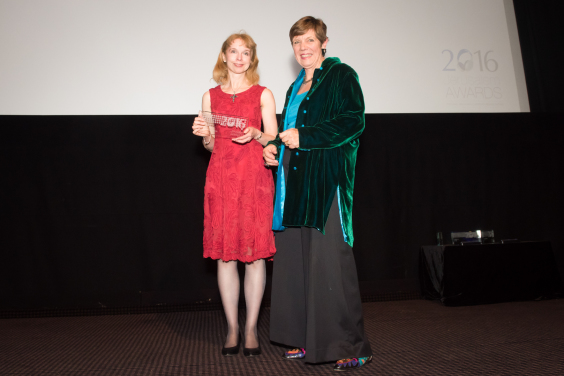 Receiving the 2016 award from Bridget Cass of the Jerusalem Trust. Image: Jerusalem Awards. 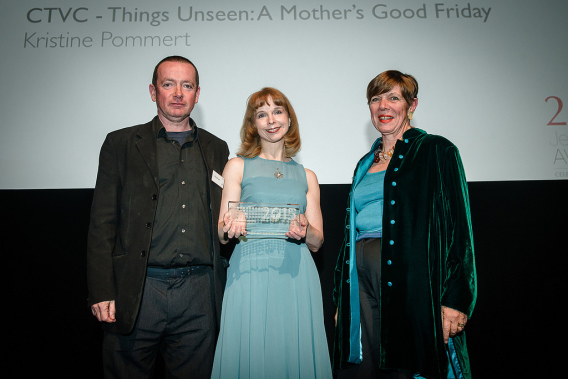 With Mark Dowd and Bridget Cass from the Jerusalem Trust, at the Jerusalem Awards 2015. We won the Good Friday Digital category with A Mother's Good Friday: Diane Foley. Image by Antony Medley.